Evidence of a Narcissist? Fauci’s Home Office is Filled with Portraits of Himself 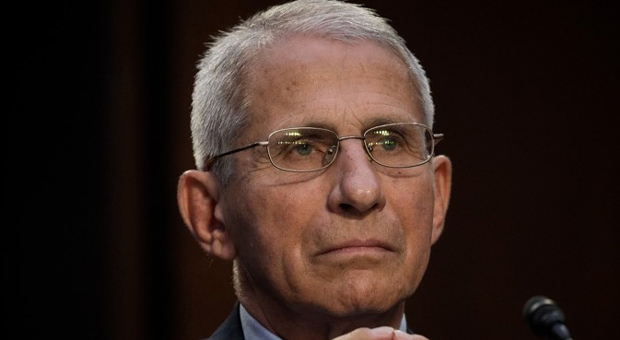 Dr. Anthony Fauci, the outgoing top medical adviser and the director of the National Institute of Allergy and Infectious Diseases (NIAID), has a wall dedicated to portraits of himself in his home office, The New York Times revealed.

The career bureaucrat’s apparent obsession with himself could indicate he is some sort of narcissist, which wouldn’t be surprising.

Fauci, who was recently interviewed by the Times, was left a little embarrassed when the article’s opening line read, “The walls in Dr. Anthony S. Fauci’s home office are adorned with portraits of him, drawn and drawn and painted by some of his many fans.”

The article’s author observed that “Dr. Fauci seemed a little uncomfortable with people knowing about the pictures.”

“He said that previously, when they were captured on camera, the ‘far right’ attacked him as an ‘egomaniac,'” Sheryl Gay Stolberg wrote.

“If someone goes to the trouble of sending him a portrait of himself, he said, he would ‘feel like I’m disrespecting them’ if he discarded it,” Stolberg added..

Fauci should be aware of why Americans would view him as a self-obsessed individual, not just by the right-leaning media.

One of Fauci’s most revealing comments came when he argued that COVID critics were “attacking science” after they dared to question his decision-making.

“A lot of what you’re seeing as attacks on me, quite frankly, are attacks on science, because all of the things that I have spoken about, consistently from the very beginning, have been fundamentally based on science,” Fauci told NBC in 2021.

“Sometimes those things were inconvenient truths for people, and there was pushback against me,” he said at the time. “So if you are trying to, you know, get at me as a public health official and a scientist, you are really attacking not only Anthony Fauci, you are attacking science.”

Elon Musk reacted to the Wall of Fauci’s home office shrine to himself, simply tweeting, “creepy.”

He then joked, “maybe he just loves looking at science.”

Despite Fauci’s office being what seems to be a shrine to himself, he claims to be just a humble public servant.

Fauci will retire as the highest-paid federal employee ever, walking away with a $417,667 annual pension.