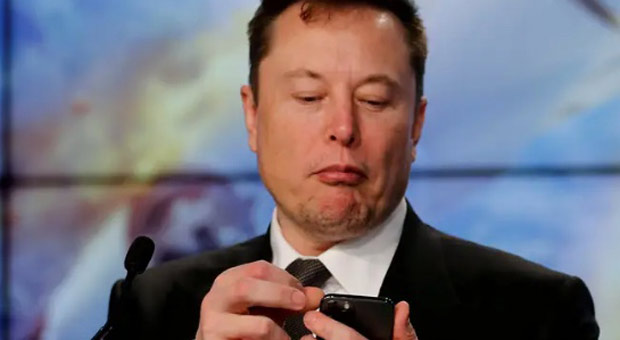 Elon Musk sparked a liberal meltdown after he tweeted about the possibilities of peace between Russia and Ukraine.

The liberal blue check mob came out in force after the Tesla CEO offered the proposal, encouraging his followers to vote on whether peace was a good idea.

Musk followed up, saying the peaceful settlement is “highly likely to be the outcome in the end” regardless of how much it upsets the leftists.

Musk noted it remains “just a question of how many die before then.”

After a few hours of the poll going live, 40% said “yes,” and just over 60% voted it down – but Musk noted bots were attacking it.

Kiev’s ambassador to Germany lashed out with a blunt response:

“F*ck off is my very diplomatic reply to you,” said Ambassador Andrij Melnyk.

Zelensky even offered his own poll, asking his followers whether they would like Elon better if he “supports Ukraine” or “supports Russia” – despite Musk’s tweet not mentioning anything about support.

Musk responded, “You are assuming that I wish to be popular. I don’t care. I do care that millions of people may die needlessly for an essentially identical outcome.”

Ignoring the liberal meltdown, Musk doubled down with another poll, highlighting democratic outcomes in the longtime pro-Kremlin and Russian-speaking Donbas.

He even pinned the tweet, underscoring the zero-sum nature of continued build-up and escalation.

“If you care about the people of Ukraine seek, seek peace,” Musk said.

Unsurprisingly, these caused further outrage, with some accusing Musk of being a pro-Kremlin stooge.

“Pro-war ideological zealots deliberately imposed this risk on them.”