Elon Musk Goes All In: ‘I Recommend Voting for a Republican Congress’ 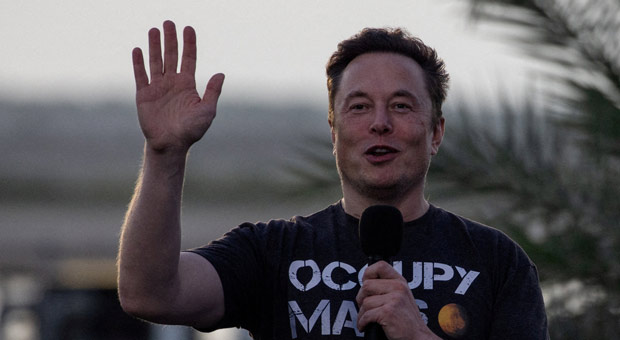 Twitter’s new owner called on independent voters to back the Republican party in Tuesday’s midterm elections to contain the excesses of the Democrat party.

“To independent-minded voters: shared power curbs the worst excesses of both parties, therefore I recommend voting for a Republican Congress, given that the Presidency is Democratic.”

“Hardcore Democrats or Republicans never vote for the other side, so independent voters are the ones who actually decide who’s in charge!”

Earlier this year, Musk cast his first-ever ballot for a Republican candidate when he voted for Mayra Flores in her successful bid to represent Texas’s 34th Congressional District.

RELATED: Biden Lashes Out After Being Fact-Checked: Twitter ‘Spews Lies All Across the World’

Polls suggest Republicans have a solid chance of winning a majority in the House of Representatives, with control of the Senate likely to be more closely fought.

“Hardcore Democrats or Republicans never vote for the other side, so independent voters are the ones who actually decide who’s in charge!”, Musk added on Twitter.

Despite Musk’s claims he is voting Republican, he insists he is a moderate, shying away from
extreme wings of both the left and right.

Last week, Musk agreed to restore the platform’s content moderation tools which had been blocked for some workers.

The groups that Musk met with included the ADL and NAACP, who are eager to expand censorship on the platform.

According to Bloomberg, Musk recently promised civil rights leaders that he would restore access to content moderation.