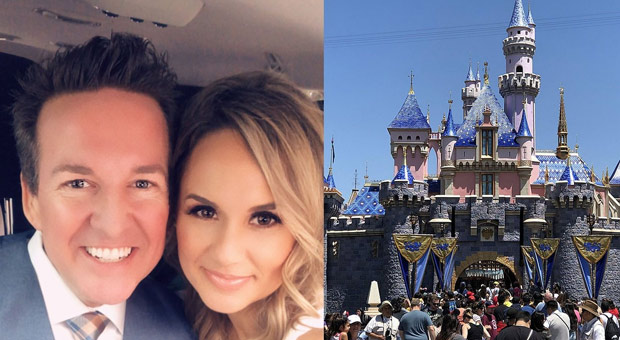 A California elementary school principal was reported to have committed suicide after jumping from a parking structure at Disneyland over the weekend.

Police said they received reports about a man jumping from a Disneyland parking structure coming in around 9 p.m. on Saturday.

The man was identified as Christopher Christensen; his death was said to be a suicide.

He has spent 22 years in the nearby Fountain Valley School District, employed as the principal of three other schools.

Christensen posted a lengthy message on Facebook on Saturday:

“I hate when people leave this Earth with so many unanswered questions,” Christensen wrote. “So, I hope this provides some insight and perspective.”

Christensen explained how he and his wife had gotten into a “heated argument,” which led to his arrest.

He denied physically hurting his wife or his stepdaughters, suggesting his wife “truly regrets making that call because the events of that night have completely unraveled both of our lives.”

“I am on the brink of losing my job, as I am out on administrative leave until my case is ‘resolved.’ However, the legal system is extremely flawed (especially against men/fathers) and it’s sickening how quickly and easily an innocent man can be thrown in jail based on zero evidence or proof!” Christensen wrote.

“So, here I am … writing my final FB post to all of you. I need you all to know that a gentle, kind, loving and sincerely good man has been destroyed by one unfortunate night. It really is unfortunate!”

Christensen was facing charges of child endangerment and battery, and was due in court for a pretrial hearing on Monday.

According to the Los Angeles Daily News, the principal has pleaded not guilty to both charges.

“Please remember me for all the good I brought to the world of education,” Christensen wrote.

Disneyland guests posted on social media to say that trams in the park had been shut down, according to ABC7.

As Yahoo reported, Anaheim police public information officer Sgt. Shane Carringer told the Los Angeles Times that “the man”—later identified as Christensen—did not appear to have entered the park before falling from the Mickey & Friends Parking Structure.