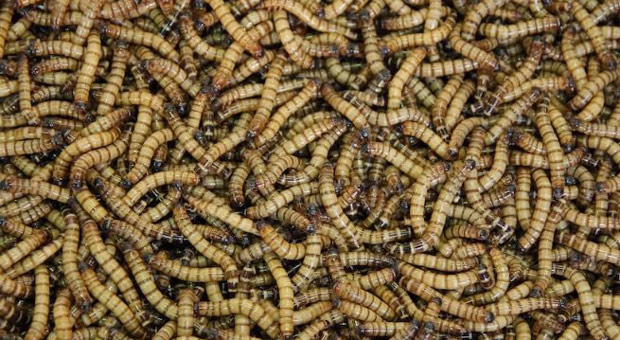 Convincing the masses to eat bugs is gaining more momentum as the globalists and their media cohorts reach another milestone in replacing meat with insect protein, now it’s beetleburgers.

However, the push to normalize eating bugs has gone a step further, as ‘Beetleburgers’ could soon be helping to feed the rest of the world, according to new research.

According to StudyFinds, insect larvae, or mealworms, could act as a meat alternative to alleviate hunger worldwide.

The outlet claims the process uses a fraction of the land and water, emitting a smaller carbon footprint than traditional farming.

French biotech company Ynsect is now planning a global network of insect farms, including nurseries and slaughterhouses with a pilot plant already set up at Dole in the Bourgogne-Franche-Comte region of France.

“Mixed with sugar, the beetles supposedly taste just like real meat. They could also become alternatives to sausages or chicken nuggets.” – researchers say.

“We are in full control of the chain of production. That gives us strength in terms of quality, security and safety,” says Benjamin Armenjon, general manager of Ynsect, according to a statement from SWNS.

The mealworms are fed byproducts from wheat processing. Mixed with sugar, the beetles supposedly taste just like real meat. They could also become alternatives to sausages or chicken nuggets.

The firm is experimenting with optimal conditions for mass production — such as food,
temperature, and humidity — at its Paris headquarters.

Ynsect researchers are also analyzing nutritional content and the potential of using other insects. A bigger factory is opening in Amiens later this year. It will manufacture 200,000 tons of insect-based foods annually, making it the world’s biggest insect farm.

The World Economic Forum has long championed the consumption of bugs; here is what the WEF says on their official website:

Last August, The Daily Fetched reported that South Korean scientists announced that eating worms could help humanity “save the planet,” as per a study published at the time,

The researchers also admit that eating the slimy invertebrates suffer something of an “image problem.”

READ MORE: UK Supermarket Plans on Selling Bugs As Food To Help with Cost of Living

“Insects are a nutritious and healthy food source with high amounts of fatty acids, vitamins, minerals, fiber and high-quality protein, which is like that of meat,” says Cho, whose team is at Wonkwang University (South Korea).