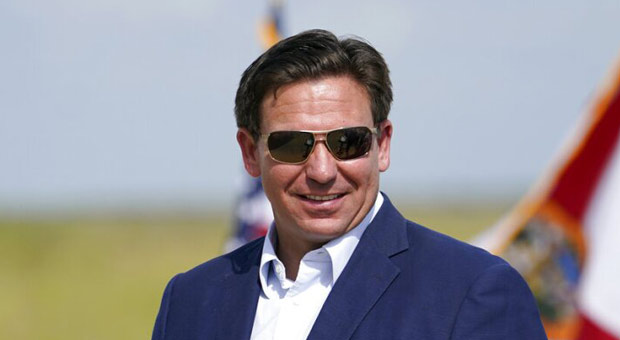 Governor Ron DeSantis isn’t rattled by the recent lawsuit by a far-left Texas sheriff as he continues to fly Biden’s illegal migrants to Democrat cities.

The flight is scheduled to leave San Antonio for Florida at a small airport close to Joe Biden’s beach home.

The Daily Mail reported that the DeSantis plane is making its way to Georgetown.

RELATED: Martha’s Vineyard Homeless Coordinator Hugs Migrants for Camera, Then Boots Them Out

DeSantis last week sparked a spectacular escalation in the ongoing immigration war between the Republican GOP in charge of the border states and Democrat officials in so-called ‘sanctuary cities.

It appears he is sending the Ultimate Air Shuttle to Georgetown, which will touch down at around 1.30 pm.

The plane had started its journey from Longview, Texas, before heading to San Antonio, then Crestview, in Florida.

An hour after landing on the coast of Delaware, the plane is set to head to Teterboro airport in New Jersey.

The plane is the same one that headed from San Antonio to Crestview and then on to Martha’s Vineyard on September 14.

Republicans have stepped up their attacks on the Biden administration as they try to make immigration the theme of November’s midterm elections.