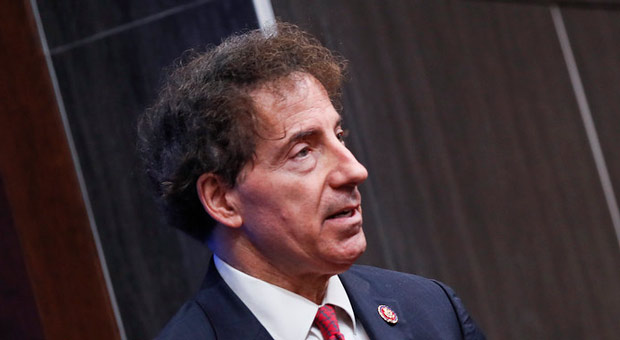 During an appearance on MSNBC’s “The ReidOut,” Raskin said: “The historians and political scientists we have spoken to have been very clear about this.”

“The surest sign of a successful coup coming is a recently failed coup where the coup plotters and insurrectionists got to diagram the weaknesses in the existing structure,” he added.

“And so if there’s impunity, if they think they can operate with impunity and under the cover of darkness, then they are undoubtedly going to come back again,” he said.

“So I think that everything we know about what’s taken place around the world with coups and what’s taken place historically tells us that there must be consequences, and not just for the hundreds of foot soldiers who are already facing the music and many of whom have already been convicted or pled guilty, but also for people all the way at the top, the masterminds and the ringleaders,” Raskin continued.

“Constitutionally, the answer to your question is right there in Section 3 of the 14th Amendment.”

“After the Civil War, during the Reconstruction, it was the Republican Party which insisted that anyone who has sworn an oath to support the Constitution but who violates that oath by engaging in insurrection or rebellion may never hold federal or state office again. That’s a constitutional disqualification from office,” Raskin said.

“So my colleague Liz Cheney today said that you know, Donald Trump was ethically unqualified, which is absolutely true, but he’s also constitutionally disqualified from holding office, having participated in insurrection.”

“I hope that is a discussion that America is ready to have.”

Where do I sign up for the firing squad to take out this ratskin traitor?

Why anyone would give this lunatic a microphone is beyond me.

Jamie Raskin? Is he somebody? Well, anyway, the more these fools persecute President Trump, the more people gravitate towards him. America loves an underdog.

And this pompous a*s thinks Trump is incompetent to hold office? Who anointed him god? What the h**l has he done for our constitutional federal republic? Trump has done more to benefit this country than all of the presidents in my lifetime.

Somebody please buy this clown a hair brush.

People who have hair transplants with pubic hair should be disqualified from holding public office.

dud,better hope for a kangaroo court somewhere along the line

When HE was born, the doc slapped his mother.

The Democrats will do, say, and try ANYTHING to keep Trump out of office.

Jamie Ratskin is so mentally deficient he does not know that NO ONE has been charged for Insurrection! So how could Trump commit Insurrection?

He’s just following party propaganda lines. If you can stomach it, watch a few minutes of each cable / local news channel. It’s like a mantra, “insurrection” spewing from every talking head. The Left, and it’s propaganda arm known as the main stream media, are terrified that President Trump might win again. They have to keep the mantra going so their low-info voters know who to hate.

And you a parent driving your son to suicide

Trump disqualified himself from any major political party’s nomination for any future office when he suggested suspending parts of the Constitution for his personal convenience.

No dearie, you saying someone is guilty because you want them to be is not how it works. Silly boy! The D after your name gives a clue to your foolish bias and lack of reason. Santa is not going to come to naughty boys who lie.

As for this Ratshit dude. ;ine him up with the rest of the flunkies.

Left-Leaning 'The Breakfast Club' Hosts Stunned as Callers Say "I'd Rather Have Trump" than Biden
Hosts of Charlamagne tha God’s left-leaning ‘The Breakfast Club’ were left stunned...
No posts found
wpDiscuz
17
0
What are your thoughts? Click to commentx
()
x
| Reply