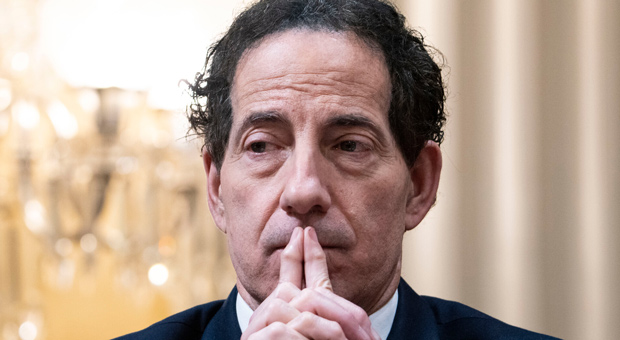 Rep. Jamie Raskin announced on Wednesday that he had been diagnosed with a serious form of cancer.

Raskin, 60, said his cancer is “serious but curable,” adding that “after several days of tests,” he found out he had diffuse large B cell lymphoma, a type of non-Hodgkin’s lymphoma.

“I am about to embark on a course of chemo-immunotherapy on an outpatient basis at Med Star Georgetown University Hospital and Lombardi Comprehensive Cancer Center,” Raskin said.

“Prognosis for most people in my situation is excellent after four months of treatment.”

Raskin’s cancer diagnosis comes as he prepares to become a ranking member on the House Oversight Committee, where he will serve as a leading voice for Democrats as Republicans plan investigations into Hunter Biden, COVID origins, and more.

Raskin said he would continue to work while undergoing treatment.

“I expect to be able to work through this period but have been cautioned by my doctors to reduce unnecessary exposure to avoid COVID-19, the flu, and other viruses,” he said.

“I am advised that it also causes hair loss and weight gain (although I am still holding out hope for the kind that causes hair gain and weight loss).”

Raskin served as lead impeachment manager in the second impeachment trial of former President Donald Trump before sitting on the January 6 select committee, which focused on Trump’s perceived role in the Capitol riot.

On Wednesday, the Maryland Democrat said he would rely on support from his family in the months ahead, adding, “in the meantime, keep making progress every day in Congress for American democracy.”

“With the benefit of early detection and fine doctors, the help of my extraordinary staff, the love of Sarah and our daughters and sons-in-law (actual and to-be) and family and friends, and the support of my beloved constituents and my colleagues in the House, I plan to get through this, and, in the meantime, to keep making progress every day in Congress for American democracy,” Raskin said.

Earlier this year, Raskin said that Trump’s MAGA movement had the “hallmarks of a fascist political party.”

“Two of the hallmarks of a fascist political party are one, they don’t accept the results of elections that don’t go their way and two, they embrace political violence,” Raskin said at the time.