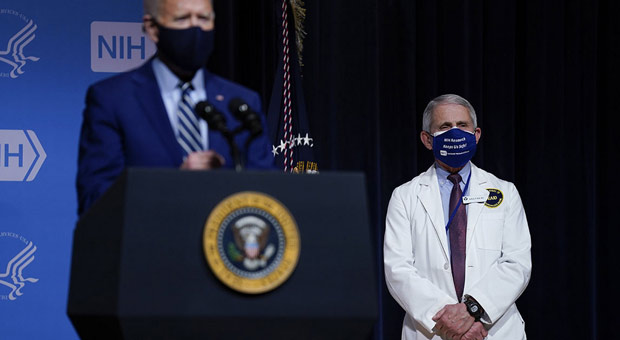 A new court ruling requires senior Biden administration officials to comply with an investigation seeking to get to the bottom of the government’s ‘collusion’ with Big Tech to censor posts that ‘went against’ the official COVID narrative.

A deposition is typically used in the discovery process where witnesses give out-of-court testimony under oath.

“Plaintiffs further this argument by pointing out the publicly available emails between Drs. Fauci and [former National Institutes of Health Director Francis] Collins regarding their efforts to discredit the lab-leak theory, which Plaintiffs assert led to the censorship of the theory online,” the court order reads.

“These emails indicate that Dr. Fauci and Dr. Collins were both aware of certain scientists’ concerns that SARS-CoV-2 looked bioengineered,” it adds.

“However, those same scientists authored a paper for Nature Medicine that discredited the lab-leak theory despite that three days earlier, on February 1, they had advocated the theory to Dr. Fauci,” it continued.

Last month, Doughty ruled Fauci and other members of the Biden administration to forfeit their communications with Big Tech companies.

Other Biden administration officials ordered to testify include:

Schmitt celebrated the court’s decision to move forward on uncovering the big tech collusion, declaring it was “high time we shine a light on this censorship enterprise and force these officials to come clean to the American people.”

As The New York Post reported in September, at least 45 people within HHS and the Department of Homeland Security alone communicated with social media companies about “misinformation.” The AGs also claims that officials at other agencies, including the Census Bureau, the Food and Drug Administration, the FBI, the State Department, and the Treasury Department were at least aware of the “Censorship Enterprise.”

Meta also disclosed that at least 32 officials, including workers at the FDA, US Election Assistance Commission, and the White House, have communicated with the company about content moderation — but those contacts weren’t disclosed in the government’s disclosures, Landry and Schmitt said.

YouTube disclosed contacts with 11 officials, some of which weren’t shared by the government in response to the lawsuit, the AGs alleged.