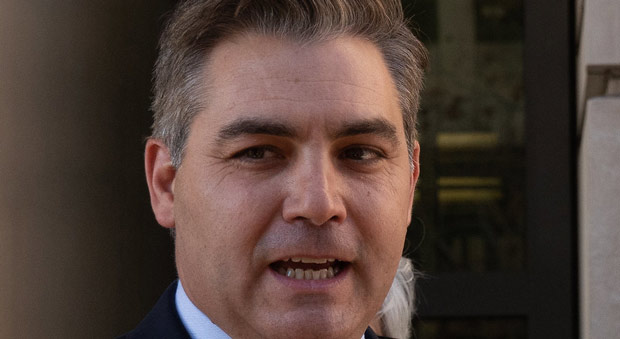 CNN’s Jim Acosta joined the growing list of journalists who have faced restrictions on their Twitter accounts amid a series of policy changes overseen by CEO Elon Musk.

Acosta told Insider columnist Linette Lopez, whose Twitter account was also suspended that his account was locked overnight after promoting his accounts on other social media platforms.

“One of my tweets was found to have violated Twitter’s new rule about promoting other sites,” he said, adding that he is “still trying to sort it out.”

Acosta, who became infamous for his clashes with former President Donald Trump, referred to Twitter’s new policy that was established as users shared links to their accounts on other social media sites.

Acosta’s Twitter user name takes advertising other social media platforms, as it was changed to “Jim Acosta is also on Post and Mastodon.”

Meanwhile, another Twitter policy change banned users from posting links to real-time location information, which saw a handful of journalists suspended in the crackdown.

CNN reporter Donie O’Sullivan was suspended and reinstated after Musk conducted a public poll. However, he noted he was not allowed to tweet again unless he took down a post about an account that tracked Musk’s private jet.

As The Daily Fetched reported last week, CNN announced it would be “reevaluating” its relationship with Twitter depending on the explanation given for the suspensions.

“Casually sharing occasional links is fine, but no more relentless advertising of competitors for free, which is absurd in the extreme,” adding, “Policy will be adjusted to suspending accounts only when that account’s primary purpose is promotion of competitors, which essentially falls under the no spam rule.”

“Going forward, there will be a vote for major policy changes. My apologies. Won’t happen again.”

Musk also shared a poll asking users to vote whether he should step down as head of Twitter.

“I will abide by the results of this poll,” Musk said.