Clinton Lawyer: Trump Could Be ‘Disqualified from Re-Election’ after FBI Raid 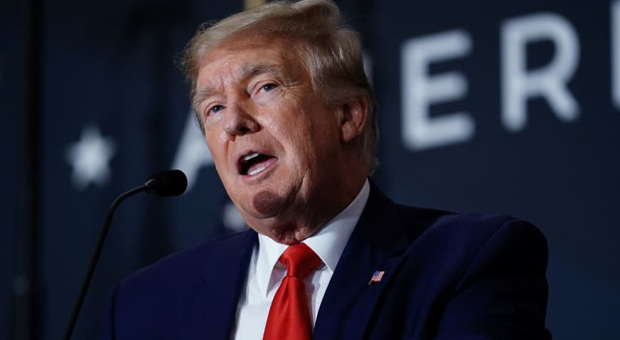 A top lawyer for Hillary Clinton’s 2016 presidential campaign has claimed former President Trump may face disqualification from the 2024 presidential run after the recent FBI raid of his Florida residence.

The FBI executed a search warrant at Trump’s Mar-a-Lago property on Monday as they searched for classified documents he allegedly took from the White House before leaving office in 2021.

According to a senior government official, the search warrant was conducted in connection with the National Archives.

“The media is missing the really, really big reason why the raid today is a potential blockbuster in American politics,” Clinton lawyer Elias wrote in a tweet.

“Whoever, having the custody of any such record, proceeding, map, book, document, paper, or other thing, willfully and unlawfully conceals, removes, mutilates, obliterates, falsifies, or destroys the same, shall be fined under this title or imprisoned not more than three years, or both; and shall forfeit his office and be disqualified from holding any office under the United States.”

The Clinton lawyer noted in a follow-up tweet that legal challenges could make efforts to prevent Trump from running again under this code difficult.

“Yes, I recognize the legal challenge that application of this law to a president would garner (since qualifications are set in Constitution),” he wrote.

“But the idea that a candidate would have to litigate this is during a campaign is in my view a “blockbuster in American politics,” he added.

The Presidential Records Act of 1978

Presidential administrations are required to preserve certain documents under the Presidential Records Act of 1978.

The presidential records in 15 boxes taken from Mar-a-Lago include documents classified over national security concerns, according to the National Archives.

The agency has also called on the Department of Justice to probe whether the former president violated federal law in handling records.

“Because [the National Archives and Records Administration] identified classified information in the boxes, NARA staff has been in communication with the Department of Justice,” then-U.S. archivist David Ferriero wrote in a letter to Congress.

On Monday, Trump released a statement announcing the FBI’s raid, and he slammed the federal government for its search of his property.

“Nothing like this has ever happened to a President of the United States before,” Trump wrote.

“After working and cooperating with the relevant Government agencies, this unannounced raid on my home was not necessary or appropriate.”

“It is prosecutorial misconduct, the weaponization of the Justice System, and an attack by Radical Left Democrats who desperately don’t want me to run for President in 2024, especially based on recent polls, and who will likewise do anything to stop Republicans and Conservatives in the upcoming Midterm Elections,” he continued.

“Such an assault could only take place in broken, Third-World Countries,” Trump added.