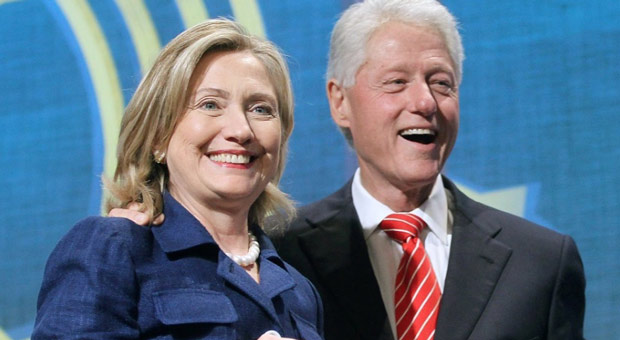 Former U.S. President Bill Clinton has called on governments, businesses, philanthropies and other prominent institutions to back the newly re-activated Clinton Global Initiative (CGI) – to help save a troubled world “on fire.”

The CGI reconvenes Monday, the first time since 2016.

Those attending the event will meet a host of celebrities.

Clinton claims to be “amazed” by the massive response to the event.

“The world’s on fire in a lot of different ways,” he told the Associated Press.

“But there are a lot of things that businesses, non-governmental groups and governments working together can do to help with a lot of these problems,” Clinton added.

According to the CGI website, it “convenes global and emerging leaders to create and implement solutions to the world’s most pressing challenges.”

“Rather than directly implementing projects, CGI facilitates action by helping members connect, collaborate, and develop Commitments to Action — new, specific, and measurable plans that address global challenges,” it says of itself.

A year before, donations plummeted by 37 percent in the wake of the allegations that Clinton used the charity to solicit millions of dollars from foreign governments and corporations in exchange for allowing entities favorable treatment while she served as Secretary of State.

In his book, Clinton Cash, Schweizer exposed the Uranium One deal— and other transactions between Clinton Foundation donors and the State Department.

Hoping the public forgets, the CGI is preparing to convene between September 19 to September 21 in New York City.

The initiative has also been sponsored by major corporations, including Goldman Sachs, Blackstone Group, Standard Chartered Bank, Monsanto, and Coca-Cola.

They must be running low on funds

Coffers must be getting low in Clintonland.
Jet fuel and s*x harassment lawsuits get costly.

I think it means she is running again.

Matt Damon is a legend in his own mind. What a putz. The clintons and their ilk are the reason for the fire.