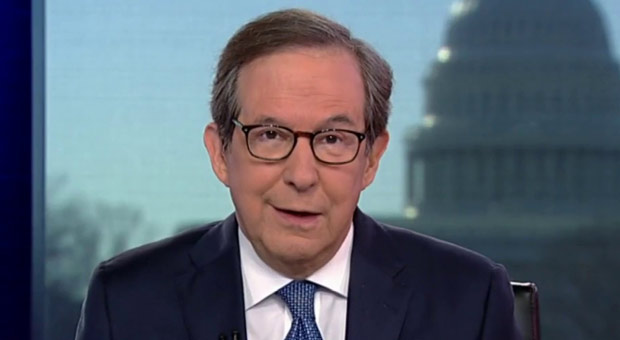 But according to the Nielsen ratings, an underwhelming ammount of viewers tuned in to the show.

By contrast, his competition on Fox News, “Sunday Night in America with Trey Gowdy,” garnered 1.3 million viewers and 78,000 in the 25 – 54 demographic.

Over the weekend, Fox News was the most-watched cable news network, with 1.2 million total viewers and 116,000 viewers aged 25-54 in prime time.

Wallace left Fox News in December 2021 after 18 years, stating that he was looking to try something new and expand his horizons.

“We are extremely proud of our journalism and the stellar team that Chris Wallace was a part of for 18 years,” Fox News said in a statement about Wallace’s departure.

“The legacy of Fox News Sunday will continue with our star journalists, many of whom will rotate in the position until a permanent host is named.”

He told Wallace that he “did everything I could to persuade people.”

“You start writing too rigidly and you will see: The world will come around and bite you in the back,” the former justice said during the interview.

Here is a taste of Wallace’s new show on CNN.

How many times does one have to fail before they realize they are in the wrong profession?
I understand that there is no great need for carnival barkers but come on.

Wallace is both a token and a tool, but doesn’t realize it.

he doesn’t need an audience, he ahs himself.

What the h**l has the News become? Opinions not facts? We want the Walter Cronkite type of news. Lemmon and the rest of the propagandists need to sell hot dogs. CNN and the rest have become “CNN- Commie news network”. I remember when you wouldn’t travel abroad unless you had access to CNN for real world news. Sad state of affairs. — Sofa Samurai 45×2

Looks like nobody is talking to Chris Wallace. What a loser!!!

His dad once gave me an autograph photo of himself. I lost it.

Another white liberal strikes out.

This clown rightly joined a circus.

He wanted so much to be like daddy but he failed.

Former Trump Allies Who have Turned against Him since Announcing 2024 Run
Some high-profile Republicans and onetime allies of former president Donald Trump have revealed their...
No posts found
wpDiscuz
11
0
What are your thoughts? Click to commentx
()
x
| Reply