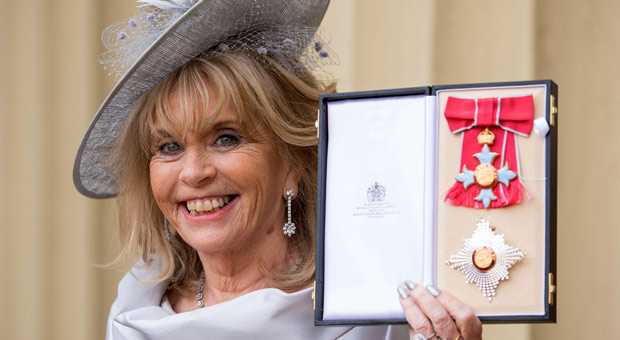 Dame Ann, her husband, David McCleary, and two other family members have also been charged with the offenses.

The 80-year-old co-founder of Stagecoach was charged with human trafficking after voluntarily attending Falkirk police station for an interview on Thursday.

A statement issued on behalf of Dame Ann said:

“Dame Ann Gloag strongly disputes the malicious allegations that have been made against her, her foundation, and members of her family.”

It adds she would “vigorously defend herself and the work of her foundation to protect her legacy and continue her work helping thousands of people in the UK and abroad every year.”

Police Scotland confirmed that four people were charged in connection with an investigation into alleged human trafficking and immigration offenses.

A spokesperson said a report would be sent to Scottish prosecutors.

It is understood Sarah Gloag, who is Dame Ann’s stepdaughter and daughter-in-law, attended voluntarily at Livingston police station in West Lothian with her husband Paul McNeil.

The allegations are believed to relate to people who were brought to Scotland as part of Dame Ann’s charity work with the Gloag Foundation.

A source close to Dame Ann told the BBC that the family were “victims of collusion” and had endured “a Kafkaesque nightmare for the last two years.”

The source added: “Everybody is bewildered by these accusations and the level of this investigation.

“It is deeply ironic that Dame Ann actually funds an Eastern European charity called the Open Door Foundation whose job it is to stop the trafficking of poor women into sex crimes,” the source said.

“She is very attuned to the real dangers that are going on in this world.

“This is bizarre. We are dealing with technicalities,” they added.

“There are countless people who are stepping forward to support Dame Ann from around the world.”

“Gordon and I have known Ann Gloag for many years through her huge personal commitment to Freedom from Fistula and supporting girls’ health & education.

“She is a remarkable campaigner and quietly generous charity supporter. These charges just don’t add up.”

Dame Ann became Scotland’s richest woman after retiring from Stagecoach in 2019. Forty years after she founded the firm.