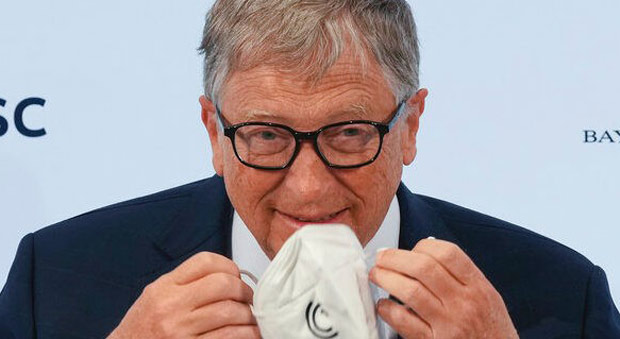 Billionaire Bill Gates claimed ‘conspiracy theorists’ have targeted him in the street, accusing him of microchipping people.

In a recent interview with the Guardian, Gates said:

“There have been a few cases where I’ve run into people in public where they are yelling at me that I’m putting chips into people and that’s kind of strange to see: ‘Wow, those people really exist, it’s not just some robot sending out crazy messages,'” Gate said.

Gates said the so-called “conspiracy theory” that he put microchips in the coronavirus vaccine is “starting to die down.”

He added it would be tragic if it made people more reluctant to trust vaccines or to wear a mask where they should have.”

“The innovations on how you get the truth have to be as interesting as the big lie — we face that in a number of domains, and I haven’t seen as good a solution as I think we’d all like to see,” he said.

Back in 2015, Gates and his ex-wife Melinda decided to focus on the UN’s list of 17 sustainability goals — to “end poverty, fight inequality and stop climate change by 2030.”

But apparently, they are nowhere close to where we need to be.

“We’re in a worse place than I expected,” Gates told the New York Times.

“The scariest thing of all is not that we’re behind. We just have to accept that. It’s the ongoing distraction of the war in Ukraine from helping poor countries and making progress on both climate adaptation and mitigation,” Gates added.

“With the war on top of the pandemic, and now with interest rates going up, with high levels of debt everywhere, but including in Africa,” he continued.

“The next five years are going to be challenging just to maintain the world’s attention.”

Gates predicted that the rising costs of fertilizer will cause Africa to experience lower productivity when it comes to agriculture due to being priced out of the market.

“And so they’re the ones who are being priced out of the market. And what that does is, it means a season from now or two seasons from now, three seasons from now, your productivity is actually down from where we are right now. In the near term, it’s a pretty bleak picture for African agriculture.”