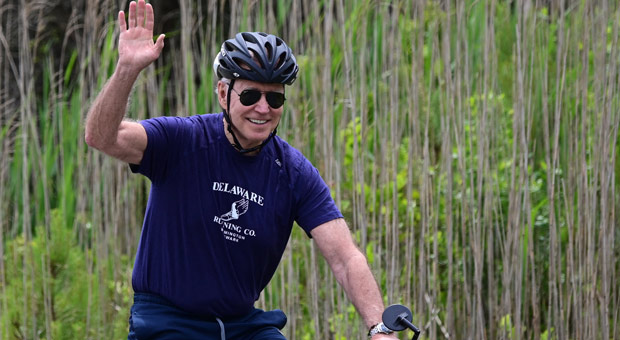 Joe Biden’s regular trips to his home state of Delaware have cost American taxpayers at least $11 million since he entered office.

According to data from former CBS correspondent Mark Knoller, a Fox News Digital analysis reported that Biden made 57 trips to Delaware in his 185 days at the White House.

The costs associated with such trips include using either Air Force One or Marine One and security costs for the Secret Service.

Knoller said that Biden made 101 flights between the White House or Joint Base Andrews and Delaware – 71 flights using Marine One and 30 using Air Force One.

Knoller has been gathering records of various White House statistics for decades and served as reporters’ information source.

According to public documents from the Department of Defense comptroller, Biden’s use of the Marine One helicopters cost between $17,065 and $20,206 per hour.

RELATED: Biden Inflation: Americans Resorting to Selling Their Own Blood To Survive

As per the president’s schedule, the helicopter trip between the White House and locations in Delaware takes roughly an hour.

This puts the total operational costs at around $4 million.

A per-trip cost from these data applied to the president’s 57 trips leaves an approximate $7 million tab for taxpayers.

The president has other, quite comfortable options for the weekend. The White House itself is one of the nation’s most beautiful mansions. Additionally, the president can also avail himself of the country retreat at Camp David, which is only a half-hour chopper ride away. He has been there 19 times as president, far less often than he goes to Delaware.

The $11 million receipt for Biden’s Delaware trips is a significant underestimate since it does not tally many miscellaneous costs. These include spending for additional helicopters that accompany him, travel to or from military airports before or after an Air Force One flight, and accommodations for staff who accompany him.

The president’s 16 flights to Delaware from states where he was conducting official business are also not included since travel from those destinations may not have been much more expensive than if Biden had returned to the White House.

As a senator from 1973 to 2009, Biden would take Amtrak from Delaware to Washington, D.C., every day that the Senate was in session — a habit that earned him the nickname “Amtrak Joe.”

He claims this travel included 8,200 round trips and more than 2 million miles. The ticket for much of that time from Washington, Delaware, and back was less than $100.

But as president, Biden’s predilection for spending as much time in Delaware as possible is costing taxpayers well more than $200,000 roundtrip.