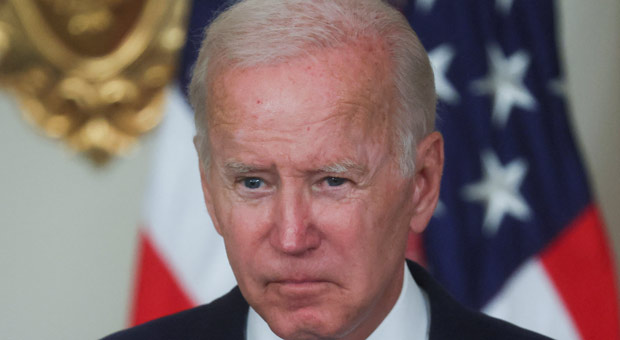 President Joe Biden claimed he passed his student loan bailout package by a “vote or two” despite the fact that congress not yet voted on it.

In another one of Biden’s bizarre comments, he outlined the details of his student loan forgiveness program at a Now This News forum.

Under Biden’s plan, $20,000 in student loan cancellation would be given to Americans earning less than $125,000 a year if they received Pell Grants and up to $10,000 in cancellation if they did not receive Pell Grants.

However, the majority of Americans would not vote for candidates who support the plan in the upcoming midterms, a Convention of States Action/Trafalgar Group survey found t

In comparison, 6.6 percent said they are “somewhat less likely,” according to Breitbart.

According to a recent poll from The Economist/YouGov, roughly 50 percent of Americans agree that student loan forgiveness would be unfair to those who didn’t attend college.

Biden’s recent gaffe highlights his ever-increasing list of bizarre moments as his mental decline becomes more evident, like him almost falling asleep in the middle of an interview:

Earlier in October, Biden appeared to falsely claim that his late son, Beau, “lost his life in Iraq.”

“I say this as a father of a man who won the Bronze Star, the conspicuous service medal, and lost his life in Iraq,” Biden said.

Biden’s son died of brain cancer in 2015 but did not serve in Iraq.

In September, Biden called out for Rep. Jackie Walorski (R-IN) while giving a speech at a White House event; the only problem was that Walorski was dead.

“I didn’t think she was going to be here,” he added.