Biden: I Can Work With ‘Mainstream’ Republicans, But Not ‘Trumpers’ 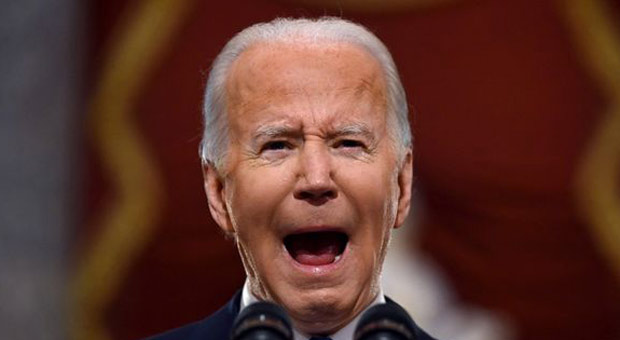 President Joe Biden attempted to walk back his recent smears of Republicans, saying he was willing to work with “mainstream” members of the GOP while warning “Trumpers” are a threat to democracy.

During a Democratic National Committee event in Maryland, Biden discussed abortion, gun control, and climate change before off-loading on “Trumpers.”

“Our democracy is on the ballot,” he said, returning to his recent framing of the upcoming midterms.

“I believe America is at an inflection point. One of those moments where everything changes. The extreme set of MAGA Republicans has chosen to go backward, full of anger, violence, hate and division.”

Biden said “not every Republican is a MAGA Republican,” arguing that not every member of the GOP “embraces extreme ideology.”

“I know because I’ve worked with them in the mainstream Republicans, and there’s still a few of them left,” Mr. Biden said.

Despite pledging to be a “president for all people,” Biden demonized half of America with attacks on Trumpers.

During a prime-time address before a communist-style backdrop, Biden ramed the midterm elections this year as an eternal battle for “the soul of America.”

He accused “MAGA Republicans” of refusing to recognize free and fair elections, talking about violence in response to political policies they don’t like and working to thwart “the will of the people.”

The president then blasted Trump for refusing to accept the outcome of the 2020 election.

“Democracy cannot survive” under their belief system, he said.

But Biden later walked back some of his remarks after a growing backlash from both sides of the aisle.

When Biden was asked whether he thought all Trump supporters were threats to the country, he said he drew the line at those who refused to accept the 2020 election results and those calling for violence.

Days after Biden’s Philadelphia speech, a nationwide survey by the Trafalgar Group reported that 56.8% of respondents said the address was a “dangerous escalation in rhetoric designed to incite conflict among Americans.”

Just 35% of those polled viewed the rhetoric as “acceptable campaign messaging” in an election year.

Among third-party and independent voters, 62.4% said the speech was dangerous, compared with 31.2% who said it was acceptable campaign rhetoric.

Biden maintained his stern warning about the threat of Trump supporters.

“The extreme set of MAGA Republicans has chosen to go backward, full of anger, violence, hate and division,” he said.

“That’s what their game is. Together, Democrats, independents, and mainstream Republicans can choose a different path forward for a future of unity and hope.”