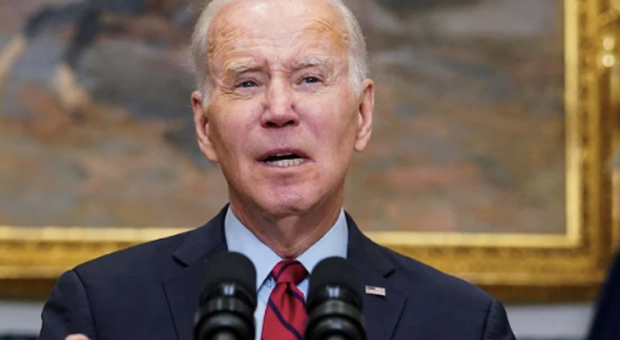 Joe Biden told another barefaced lie about January 6, this time claiming that Capitol Police Officer William Evans died on that day because of Trump supporters.

The problem is Evans died on April 2, 2021, not January 6, and he died after being rammed by a car driven by a Nation of Islam supporter, Noah Green, not Trump supporters.

Green was a Louis Farrakhan devotee and staunch follower of the Nation of Islam. But Biden ignored all of those facts.

Instead, Biden claimed Evans’ death resulted from “threats by these sick insurrectionists.”

Biden has frequently perpetrated this lie. One such time was during a speech last year:

“One year since January 6, 2021, the lies that drove the anger and madness we saw in this place, they have not abated. So we have to be firm, resolute, and unyielding in our defense of the right to vote and to have that vote counted,” Biden said.

RELATED: Matt Gaetz Says He Will Resign If Democrats Strike a Deal with Republicans

“Some have already made the ultimate sacrifice in this sacred effort.” He went on to say: “Jill and I have mourned police officers in this Capitol rotunda, not once but twice, in the wake of January 6. Once to honor Officer Brian Sicknick, who lost his life the day after the attack. The second time to honor Officer Billy Evans, who lost his life defending the Capitol as well.”

Greg Price called out those shamelessly pushing this fake news on Twitter;