Biden Accuses Putin of ‘Pumping out Disinformation’ on Nord Stream 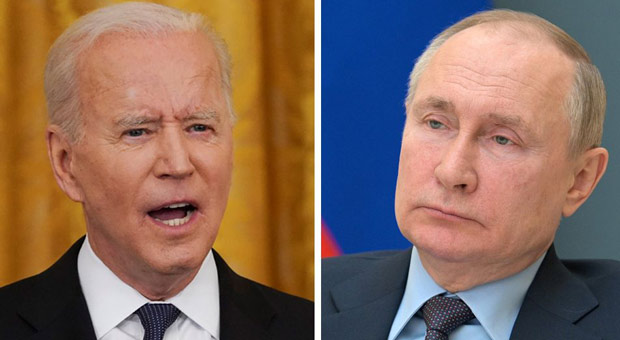 President Joe Biden accused Russian President Vladimir Putin of lying and “pumping out disinformation” on the suspected attack on the Nord Stream gas pipelines during his Friday remarks at the White House.

“It was a deliberate act of sabotage, and now the Russians are pumping out disinformation and lies,” Biden said.

Biden’s remarks go against his declaration earlier this year that the U.S would put an end to the Nord Stream.

Meanwhile, Putin accused Western leaders of sabotaging the Nord Stream pipeline under the baltic sea during his speech at the St George’s Hall of the Kremlin on Friday.

The Russian leader added, “those who profit from it have done it.”

“The sanctions were not enough for the Anglo-Saxons: they moved onto sabotage,” Putin said. “It is hard to believe but it is a fact that they organized the blasts on the Nord Stream international gas pipeline.”

But Biden urged Americans not to listen to Putin.

“When things calm down, we’re going to be sending divers down to find out exactly what happened,” Biden said.

“Just don’t listen to what Putin is saying,” Biden added.

Kremlin spokesman Dmitry Peskov said claims that his country was behind the Nord Stream attack were “quite predictable and also predictably stupid.”

“Before making any claims, we should wait for an investigation into these ruptures, whether there was an explosion or not,” Peskov said.

Same old dog whistle. Any thing the left disagrees with is some ones disinfo. Get a new game tp play. With out cheating politics isnt your game.