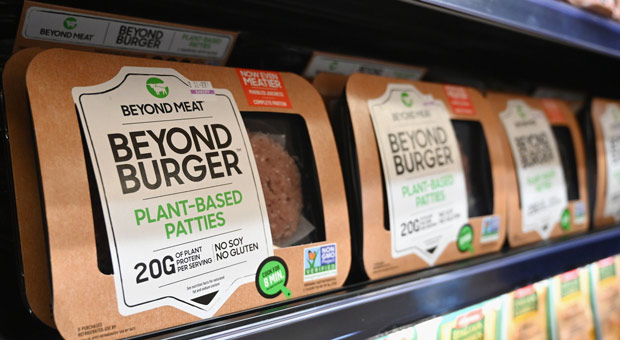 Plant-based meat company Beyond Meat has been forced to lay off about 200 employees, or 19% of its workforce, due to declining sales and stock market losses, according to a regulatory filing disclosed Friday.

So, the apparent attempt to reengineer the global population’s eating habits in preparation for the World Economic Forum’s dystopian nightmare vision of “eating bugs” doesn’t seem to be going too well.

The company cited declining sales and said the layoffs are “based on cost-reduction initiatives intended to reduce operating expenses…and target cash flow positive operations within the second half of 2023.”

Beyond Meat expects the cuts to be completed by the end of the year.

Company shares, which opened Friday on the Nasdaq already 87% down from its 52-week high, fell even further in mid-morning trading following the layoff news. The stock hit a 52-week low of $12.76 earlier in the week, the last trading around $13.95, which puts the company’s market value below $900 million.

As part of the job cuts, the company said the role of chief growth officer/North America president was eliminated. Deanna Jurgens, who held that role, will leave the company on October 17.

Last month, Beyond Meat’s chief operating officer was arrested by police after biting a man’s nose during an altercation in Arkansas.

53-year-old, Doug Ramsey, who became COO of Beyond Meat in December, was arrested on September 17 on charges of terroristic threatening and third-degree battery, the Washington County, Arkansas, information page said.

Ramsey was booked into the Washington County jail before being released the next day after posting an $11,085 bond.

The company reported a decrease of 1.6 percent year over year at net revenues of $147.0 million – missing out on the expected $149.2 million.

Beyond Meat’s president and CEO, Ethan Brown blamed growing inflation on the results.

“In second quarter 2022, we recorded our second-largest quarter ever in terms of net revenues, even as consumers traded down among proteins in the context of inflationary pressures, and we made solid sequential progress on reducing operating and manufacturing conversion costs,” Brown said.

They made a very tasty product but it was very expensive and I don’t believe there is a large market for meat substitutes. Either you want meat or you don’t. I suppose the market was people who thought that vegetarians substitute meat for something similar which isn’t generally the case.

That stuff is unhealthy…so just eat a real hamburger, enjoy the flavor and stop virtue signaling.