Barr: Trump Has ‘Ties’ to Classified Docs Because His Passport Was Found with Them 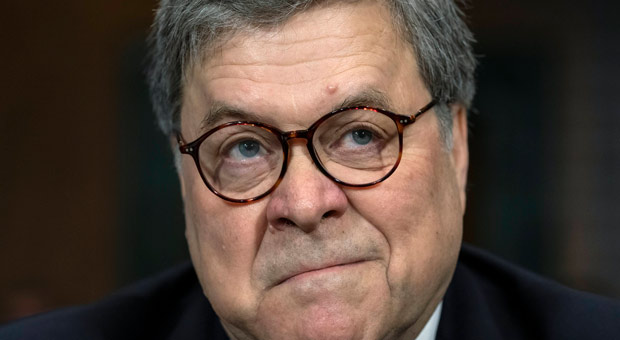 Former Attorney General Bill Barr claimed the fact that the FBI found former President Donald Trump’s passports with the classified documents during last month’s raid on his home is proof that “ties Trump to those documents.”

During an interview on FNC’s “America’s Newsroom,” Barr said:

“You don’t go into someone’s house and look document by document. You take what you think will be responsive, and then you sort it out through a taint team.”

“No one disputes that goes back, OK? The classified stuff are government documents, and they go to the government,” Barr said.

“There is no scenario legally under which the president gets to keep the government documents classified or unclassified.”

“The only things would be personal items and clearly personal stuff,” Barr added.

“The reason that was included to be seized, the issue here is not who ends up with it – the question is, could they have seized it?” he said.

“They could seize it and keep it if it is evidence of the way the documents, the classified documents, and the government documents were stored, so if you find very sensitive documents in Trump’s desk along with his passports, that ties Trump to those documents,” Barr added.

“The passports are things that the government — they are personal stuff to Trump. The fact they’re found with the classified documents is evidentiary.”

“The government decides whether it’s relevant. Eventually, he will get that stuff back.”

Barr says? LOL! Might as well go.ask for Merrick Garland’s opinion. They are the same class of corrupt, Globalist bureaucrat.

Does this j**k understand they searched his entire residence. He wants you to believe that Melania’s underwear had ties to those same supposed classified ads. The guy has become a mental case because he cannot justify his inaction and lies during his tenure at the DOJ. The American people have had far too long a string of losers at that position starting with the Kenyans main man Eric Holder…sad, just pathetically sad.

Dear Bill,
The docs which Dems are claiming to be “classified” were found in the 15 boxes, which were all stored in one locked room. This room was not Trump’ office. Trump’s passport was found somewhere else in the house. Bill, you don’t have access to FBI records of where these things were found in the house. So, you should stop right now making conclusions about where these things were found. You’re making a fool of yourself, Bill.

Too late, Bill made a fool of himself long ago and we have not forgotten. He is just making noise to sell books.

What Satanic puke he turned out to be.

So, now we are to believe that DJT (who probably hasn’t seen his passport in years) stored his passport in a vault for previously classified presidential papers? Or, is it more likely the FBI found it somewhere in the house and put it with the other stuff they were removing from the house? The FBI needs to be abolished and the doors of the Hoover building welded shut and declared a national monument to memorialize what happens when you let your organization be corrupted to the core. The FBI is organized crime and I don’t believe there is even one single honest person in the entire organization.

….it is quite plausible to believe the FBI found President Trump’s passport at Mar-a-Lago. Just basing that belief of the fact I keep my passport at home too.

Wow! Somebody got to Barr.

Nancy Pelosi Caught Out Over Mysterious 'Timing' of Her MASSIVE Stock Trade, DOJ Lawsuit
In the closing days of Nancy Pelosi’s reign as House speaker and weeks before an antitrust lawsuit...
No posts found
wpDiscuz
9
0
What are your thoughts? Click to commentx
()
x
| Reply