Avalanche of Media Outlets are Firing Staff or Shutting Down Completely 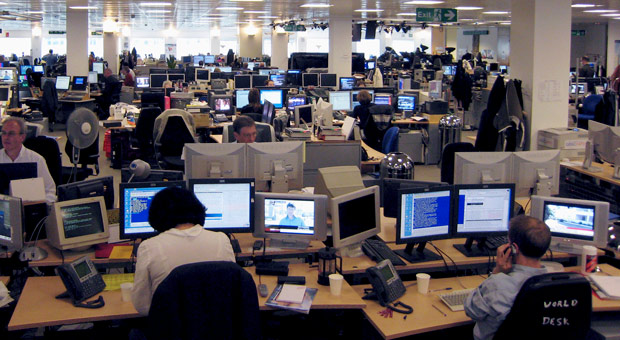 More and more media outlets are firing staff or shutting down altogether as the economy under President Joe Biden continues to tank amid a huge public narrative shift.

One left-leaning outlet, The Recount, shut down entirely after receiving a whopping $34,000,000 from investors, which they can’t make back.

Meanwhile, AMC network announced it was laying off a fifth of its staff. The layoffs at AMC Networks come at a time when several media companies, including Amazon and Facebook-parent Meta Platforms, are making deep cuts to their employee base to navigate a potential downturn in the economy, the Daily Mail noted.

Earlier this week, BuzzFeed announced it would be axing 12% of its workforce.

The Daily Fetched reported the outlet faced a brutal ad-spending pullback amid an ongoing economic downturn.

Buzzfeed staffers were notified by email Tuesday that they were losing their jobs.

CEO Jonah Peretti wrote in a memo to employees:

“In order for BuzzFeed to weather an economic downturn that I believe will extend well into 2023, we must adapt, invest in our strategy to serve our audience best, and readjust our cost structure.”

NBC Universal also announced it was laying off staff, with cuts expected mainly in broadcast and cable TV groups. The headcount reduction is set for 2023 to hit budget targets.

NPR announced it was having a near hiring freeze and budget cuts in anticipation of a $20 million shortfall in financial sponsorships this fiscal year.

Meanwhile, the Washington Post ended its Sunday magazine and also eliminated positions. The Post’s executive editor, Sally Buzbee, announced the outlet would end in its current form after printing on Dec. 25.

Gannett, America’s largest newspaper publisher, also announced it would be six percent of its staffers as the company struggles financially.

Americans trust in media is at record low amid a huge public narrative shift.

At 34%, Americans’ trust in the mass media to report the news “fully, accurately and fairly” is essentially unchanged from last year and just two points higher than the lowest that Gallup has recorded, in 2016 during the presidential campaign.

Just 7% of Americans have “a great deal” of trust and confidence in the media, and 27% have “a fair amount.” Meanwhile, 28% of U.S. adults say they do not have very much confidence and 38% have none at all in newspapers, TV and radio. Notably, this is the first time that the percentage of Americans with no trust at all in the media is higher than the percentage with a great deal or a fair amount combined.

After 9/11, when US enterprise IT was “transferred” for our “safety”, we were told to “learn to code”…

Trust no media, double check everything!

The result of years of pushing the dims narrative instead of reporting the news accurately. The good news is the emergence of many new sources of information, well good news for people not blinded by dogma and not so good news for the dims.

The mainstream media liars and traitors are repulsive and irrelevant….they are rightly being demonetized.