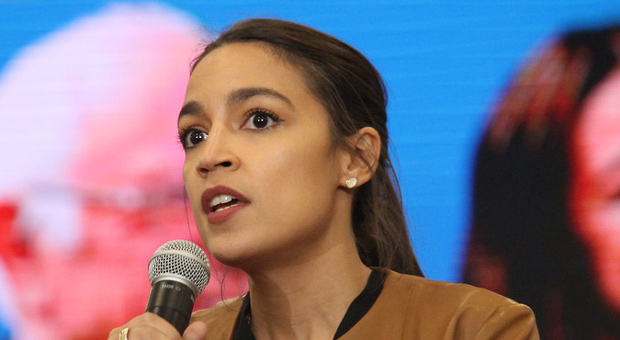 The documentary debuted in movie theaters over the weekend, but there was so little interest in it; we’ve only just heard about it.

The film boasts an 8% “fresh” critic score on Rotten Tomatoes but is yet to have an audience score.

“To the End is set to ignite more Americans to take action,” RogertEbert.com’s Nick Allen wrote in his review.

“It’s inspiring to see, and “To the End” is set to ignite more Americans to take action,” wrote critic Nick Allen.

“One setback is that it doesn’t feel to offer too clear a sense of what’s in the Green New Deal; instead, it’s about what a positive future these leaders could bring, especially if Congress gets their act together, and gets behind them.”

“Rachel Lears’ documentary inspires in its portrait of youthful activists organizing to push impactful climate-change policies into American political reality — and exasperates in the resistance with which that urgent quest is greeted on both sides of the entrenched-power aisle.”

Despite “nice” reviews from critics, the documentary took less than $10,000 dollars even though it debuted on over 120 screens over the weekend.

Another fail from AOC.