Al Sharpton Predicts ‘Demise’ of Trump: ‘Nothing That Wicked Can Last Forever’ 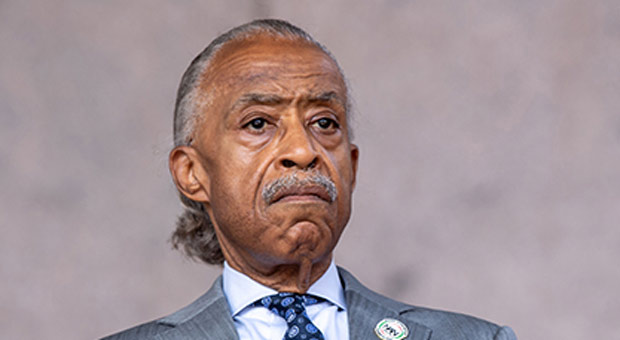 Leftist MSNBC host Al Sharpton said he believed there would be a “demise” of former President Donald Trump in an interview on Thursday’s edition of “Morning Joe.”

Sharpton’s claim about Trump’s “demise” was because, as he puts it, “nothing that wicked can last forever.”

“I think one of the reasons that we have this endless conversation about Trump is, from my view, Trump is a symptom of a lot of suppressed feelings that had never been brought to the forefront, that people now are seeing him bring out how they feel, as ugly and as archaic as they are.”

“I think we’re seeing them expressed because he’s hit something that people really have felt. Now, I don’t think he feels a lot of it himself,” Sharpton said.

“I think he’s playing on that because he is the ultimate con man.”

“I think that is why he is having this lasting effect, is that a lot of people are saying, ‘Yeah, that’s how I really wanted to say it.”

“Yeah, he represents me.’ The fact that a guy that has no lifestyle similar to them at all is the one that brought this out is the irony of it, which is why I think he’s the perfect symbol to deal with these ugly feelings once and for all,” he said.

“Because the demise of Trump, and there will be a demise, you got it from me here.”

“Whether it is long-term or short-term, there will be a demise,” he added.

“Nothing that wicked can last forever, in my opinion.”