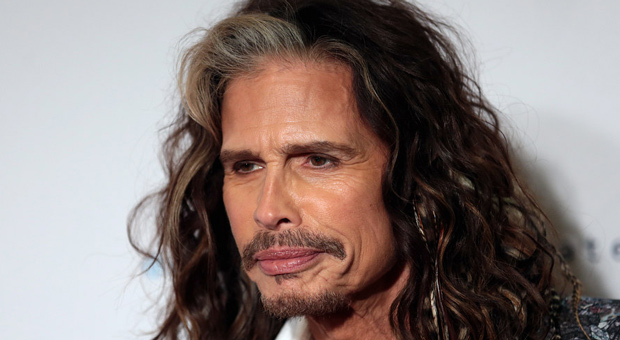 Aerosmith singer Steven Tyler has been accused of sexually abusing a 17-year-old girl and making her abort her baby in the 1970s, according to a new lawsuit.

Although the suit, filed by Julia Holcomb in Los Angeles, does not name Tyler, it does quote the singer’s 2011 memoir, where he describes the relationship in detail.

Holcomb has told her story previously but had just days to sue under the state law that tolls the statute of limitations for certain sexual abuse crimes.

“With my bad self being twenty-six and she barely old enough to drive and sexy as hell, I just fell madly in love with her,” Tyler, who referred to the girl as “Diana,” wrote.

“She was a cute skinny little tomboy dressed up as Little Bo Peep. She was my heart’s desire, my partner in crimes of passion.”

In the lawsuit, Holcomb claims she met Tyler at a Portland, Oregon, concert in 1973 when she was just 16 years old.

She described how she was invited to the star’s hotel room after the show where the three-year drug-fueled affair began, bizarrely under the blessing of Holcomb’s mother.

The claims are not outlandish as they line up with Tyler’s admissions in the book that he “almost took a teen bride” whose “parents fell in love with me, signed a paper over for me to have custody, so I wouldn’t get arrested if I took her out of state.”

As NYDailyNews reports, Holcomb said Tyler pressured her into sex acts and “performed various acts of criminal sexual conduct.” In her 2011 essay, she mentioned taking birth control until Tyler decided he wanted a child with her.

The woman also claims she became pregnant in 1975 but was pressured by Tyler to abort her baby after a fire in her apartment, with the star telling her the baby might have been injured in utero.

Holcomb later became a pro-life activist and a Catholic.

She also told her story on Tucker Carlson in 2020:

“I met Steven Tyler when I was just 16 years old, and he became my legal guardian,” she said.

“He made the decision that he wanted me to have an abortion…and it didn’t really matter how I begged to keep my baby, that decision really wasn’t going to be in my hands.”