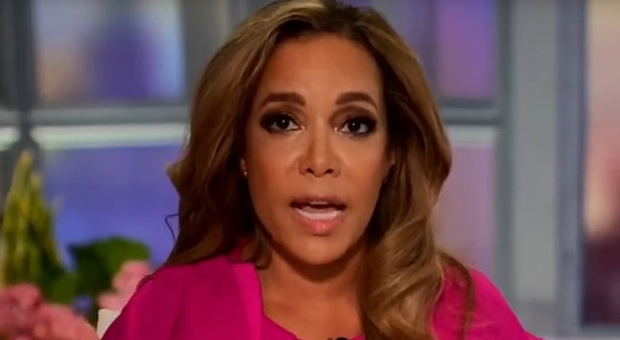 ABC legal analyst Sunny Hostin slammed the late Queen Elizabeth II and the Monarchy, claiming she wore a crown with jewels “pillaged from India and Africa.”

During Friday’s edition of “The View,” Hostin said the monarchy is “built on the backs of black and brown people.”

“I studied in London, and so I lived in London for a while. I got caught up in the pomp and circumstance of it all as well.”

“I wanted to meet the Queen because I think we all love glam and pageantry. I think, though, we can mourn the Queen and not the empire.”

“Because if you really think about what the monarchy was built on, it was built on the backs of black and brown people.”

“She wore a crown with pillaged stones from India and Africa. Now what you are seeing, at least in the black communities that I’m a part of, they want reparations,” she said.

“You know, Barbados left the sort of, this monarchy, this colonization. Jamaica, I have a lot of Jamaican friends that is coming soon,” she added.

“Right now, Charles is in a position that he has 14 colonies that he’s now head of state, including Australia and Canada.”

“I also think, you know, a monarchy, it’s very easy to uplift one family.”

“The harder thing is to uplift all families. I think he’s in a position to be able to do that.”

What is so sad is there is a sub-group in America, whom don’t even know what continent America is on or who fought in the American/Mexican War, that will suck this drivel up as gospel.

but the real problem is that ‘sunny’ is over 50% white. look at her. then to top that she wants ‘reparations’ when she is worth ‘millions’ — to h**l with all those below her. just another progressive causing trouble.