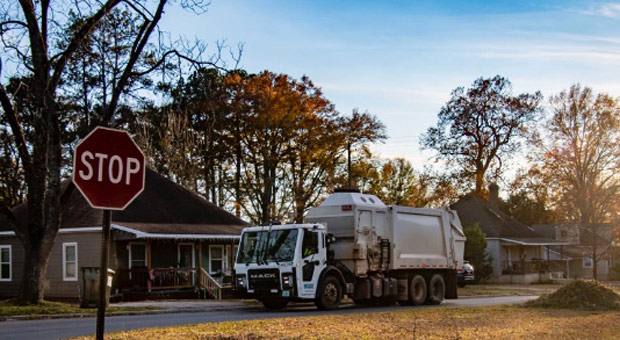 An 82-year-old Alabama woman broke down in tears after being arrested and thrown in jail for an unpaid $77.80 trash bill.

Martha Menefield initially thought two officers from the Valley Police Department were playing a joke when they arrived at her home last month, telling her they had come to arrest her for failing to pay a garbage service bill.

“Don’t cry, Ms. Martha,” Menefield recalled one of the officers saying while she again broke out in tears.

“I’m just happy my grandkids weren’t here to see that,” the octogenarian said. “That would have upset them. I was so ashamed, and it’s been bothering me.”

The 82-year-old was put in handcuffs and marched off to jail in Valley, Alabama.

Menefield said she thought the trash bill had been settled but was informed by the officers it was not.

“And the cuffs,” she said, holding back tears. “They’re so heavy.”

“I was in a little cage-like thing at the police station,” she said. “And I said, ‘Y’all put me in this cage? You ought to be ashamed of yourself.'”

“I’ve been questioning God a little bit,” she said.

“I guess ’cause I’ve been so upset. I had a daycare here for eight years, and I’ve been asking the Lord. I say, ‘Why did this happen to me as much as I’ve done for people, Lord?’ I’ve paid my tithes every Sunday. I ushered at church. I was just questioning. Something’s just not right.”

“City of Valley Code Enforcement Officers issued Ms. Menefield a citation in August of 2022 for non-payment for trash services for the months of June, July, and August. Prior to issuing the citation, Code Enforcement tried to call Ms. Menefield several times and attempted to contact her in person at her residence,” he wrote.

RELATED: Swiss Citizens Face 3 Years in Jail if They Overheat Their Homes This Winter

“When contact could not be made, a door hanger was left at her residence. The hanger contained information on the reason for the visit and a name and contact phone number for her to call. The citation advised Ms. Menefield that she was to appear in court on September 7, 2022, in reference to this case. A warrant for Failure to Pay-Trash was issued when she did not appear in court.”

“According to the Environmental Services Ms. Menefield has had her trash services suspended three times in the past two years for non-payment and records indicate that there have been over twenty-two incidents of suspensions and revocation of services since 2006,” Reynolds wrote.

“While our officers can use their discretionary judgment on certain matters, the enforcement of an arrest warrant issued by the court and signed by a magistrate, is not one of them. Ms. Menefield was treated respectfully by our officers in the performance of their duties and was released on a bond as prescribed by the violation.”

Local residents have offered to help Menefield pay the overdue fees, according to WRBL-TV.